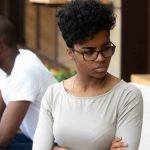 Does Depression and/or Anxiety Get in the Way of Your Relationship?

A personal issue like depression or anxiety is often inseparable from one’s relationship – or lack of one — with a partner. We might wonder, for example, whether Amy’s depression keeps her stuck in a reactive pattern with her partner.  Or is the painful, reactive cycle in her relationship the cause of her depression?  Like the chicken and the egg, it’s hard to separate.  Most likely both are true, meaning that her depression perpetuates her reactive responses with her partner, and their conflicts significantly contribute to Amy’s depression.

Let’s look at a more dramatic example of how relationship issues impact personal ones and vice versa, using the example of a fictitious couple named Kevin and Christine. Kevin’s attachment style tends to be more on the love-avoidant continuum.  He was raised by a single mother who looked to him for many of her emotional needs and, as a result, he felt smothered.  As a child, in order to self-soothe when he became deregulated by his mother’s neediness, he would escape to his room when he could and play with his model train set.  This helped him restore his emotional balance so he could engage with his mother again later.  As a youngster, it wasn’t feasible for him to alienate his mother because she was the only adult he had to rely on.  She also had many great qualities.

Moving over to Christine’s world, she was raised by parents who were kind and loving but often distracted, being preoccupied with their respective careers.  Christine was an only child and felt lonely much of the time.  When she was needy, her parents were only intermittently available and, from her perspective as a child, unpredictable. It was painful for her, not having a sibling or regular playmate and having to soothe herself when she didn’t have the skills to do so.  After several direct attempts to get her needs met by her parents, when they were preoccupied and unavailable, Christine would eventually give up trying to connect and would go to her room and cry.  As a result of her early experience, she lands more on the love addiction continuum.

Fast forward a couple of decades and both are young adults and partners.  They have some strengths as a couple and are troubled by their pattern when feelings get hurt. What seems to happen is that when they get into some conflict, Christine wants to process it immediately with Kevin.  Kevin gets overwhelmed by Christine’s strong emotion and wants to take a break and talk later.  When Kevin expresses his wish to stop the conversation, which at this point is unproductive anyway, Christine’s upset escalates and Kevin wants to run away even more.  Christine cannot understand why Kevin wants to stop talking.  She strongly believes that if he really loves her, he will stay and work it out at the time of the distress.  On a few particularly bad occasions, Christine gets so activated by Kevin’s attempts to take space that she blocks the exits out of the room they are in.  This terrifies Kevin who immediately concludes that they should end their relationship.   This sort of escalation can happen within minutes.  Kevin’s wanting to take space feels to Christine like the same unpredictability and abandonment she experienced as a child from her parents and her reaction goes from a zero to a ten in a matter of seconds.  Kevin, on the other hand, experiences Christine’s urgency to work it out immediately as smothering, and his fight, flight, flee response kicks in; all he can think about is getting away from her.

Kevin’s inability to tolerate his feelings when Christine gets upset is a personal challenge that effects his relationship.  This relationship re-activates his painful childhood experience.  At the same time, Christine’s inability to self-soothing when she doesn’t get resolution immediately is her personal challenge.  As with Kevin, this relationship re-activates her abandonment that she experienced as a child.
If Christine were to go to treatment for love addiction at Five Sisters Ranch, she would learn to connect the dots between her childhood pain and her current feelings.  She would be invited to take care of and soothe herself when she doesn’t get resolution right away.  She would leave the program with clarity about which individuals she can realistically count on to be there for her in times of distress.  Through her work at Five Sisters, her relational pattern would become explicit, and, with some new awareness, she would be able to make changes that would result in healthier relationships with herself and with Kevin.