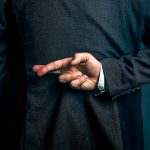 Dishonesty: How To Spot It & Deal With It?

It can be incredibly emotionally draining to deal with a dishonest partner. Yes, problems with self esteem can affect a relationship. A very codependent partner can also negatively influence the entire relationship. Jealousy can also quickly destroy relationships. However, nothing seems to be quite as emotionally damaging as experiencing dishonesty in a relationship you thought was built on trust.

The first thing people usually have problems with is becoming aware that their partner is being dishonest. Denial is a large part of why dealing with dishonesty can be so traumatic. But even if you manage to spot dishonesty – how do you deal with it? What are the best ways to communicate with a partner who is not being truthful? How can you even think about building intimacy in a relationship if there is no honesty first?

There are techniques you can use to spot dishonesty, and there are ways to deal with the partner who is lying to you. Although it is always best to resort to professional help and consider emotional intimacy coaching, that doesn’t mean you can’t do a little to help yourself.

How Does Dishonesty Affect Relationships?

Being lied to hurts, and no amount of sorrys can take the lie back. Once your partner lies to you, it seems as though a whole mountain of doubts comes crashing down on you.

But that’s, unfortunately, not all. Dishonesty can erode a relationship in many ways. Not only do you feel miserable, but, once some time passes, you will inevitably start thinking about all the other things that dishonesty brings into the relationship.

Can A Small Lie Ruin A Relationship?

Truthfulness should always be the top priority in a relationship. Even if the truth is unpleasant, difficult to deal with, or plain painful, it’s better than a lie. Lies can affect relationships in many negative ways, no matter if they’re big or small.

For individuals who were raised in an environment that was unsafe, for some, there is a pattern of not using their voice that is learned. This pattern can lead to not wanting to tell the truth if the truth is going to create conflict. Later in life, one little white lie can build on more.

Even when a lie is white and harmless, you can end up feeling bad simply because of the fact that your partner lied to you. Also, there can be other issues behind every lie, waiting to rear their heads. That is why you should always think carefully before being dishonest.

What Harmless Lies Can Ruin A Relationship?

Just because you or your partner perceive a lie as harmless, it certainly doesn’t have to turn out harmless. Every lie has a great potential to be detrimental to a relationship. Here are the five most common white lies that can cause serious rifts between you and your partner:

What Are The 5 Signs That Someone Is Lying?

Even though individuals who tend to be frequently dishonest tend to think they don’t have a “tell” when they’re lying, the truth is there are some signs that point to the fact that the person is not telling the truth. Here are 5 signs that signal somebody is being dishonest with you:

How Do You Deal With A Liar In A Relationship?

When you discover that your partner has been lying to you, there is only one course of action – confronting them. Allowing the dishonesty to continue can only be more detrimental to your mental health, while giving space to your partner to continue their usual routine. Here’s how you should confront a dishonest partner:

It’s never easy being lied to. The emotional trauma of realizing your partner was dishonest is difficult to deal with on its own, and even more so if you want to salvage the relationship. Lying can be extremely damaging, but there are relationships that come out all the stronger out of it. However, if you truly want to work on it with your partner, you should consider reaching out to an experienced relationship advocate.

At PIVOT, we know just how emotionally traumatizing dealing with dishonesty can be, which is why we organize relationship workshops and retreats, as well as individual coaching sessions alongside our team of experienced advocates. Contact us today and let the healing begin.