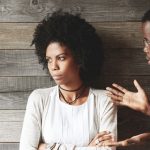 So how do the codependents and narcissists relate to each other? What draws them together, their differences or underlying similarities?

The picture is not so clear-cut, after all. Both narcissists and codependents exhibit a series of codependent symptoms that tend to cause intimacy issues in their relationships. If you or your partner struggle with codependency, you may find the solutions you seek by attending a codependency intensive retreat or speaking to a relationship coach online.

Keep reading to learn more about the differences and similarities between narcissism and codependency.

What Is The Difference Between Codependency And Narcissism?

While codependents tend to be seen as martyr-like, loyal, and sweet, narcissists are egotistical individuals who have a heightened sense of self-importance, believing they are unique or special. Although you may assume that two such people would be polar opposites, they may actually have more in common than you might think. Both narcissists and codependents share the following codependent characteristics:

Individuals with narcissistic or codependent traits have departed from their real, innate self. Instead, they have created and identified themselves with an idealized self that depends on other people for validation. While dependency is often only mentioned in relation to codependency, narcissists are also very other-oriented. They need to validate their fragile ego and low self-esteem by getting attention and admiration from others, instead from within.

Narcissistic exaggerated arrogance and self-flattery actually stem from internalized shame these individuals have carried since childhood. Just like codependents, they had to find a way to cope with the anxieties, uncertainties, and insecurities they had to face in childhood.

Both narcissists and codependents have created an idealized self. For codependents, this may be a person who seeks the approval and affection of others and would sacrifice their own needs to get it. Narcissists, on the other hand, seek mastery, recognition, and power over others. Both of them do this to escape the sense of shame, helplessness, and inferiority they harbor deep within.

Another shared trait between codependency and narcissism is denial. Codependents tend to deny their own feelings and needs, as well as their own codependency. They readily put the needs of others before their own whi;e pretending that they themselves don’t need anybody else’s help.

On the other hand, narcissists also deny their own feelings, but more often those that have to do with vulnerability and inadequacy. The only feelings they allow themselves to express are anger, rage, and contempt, which actually defend them from their internalized shame.

Since narcissists and codependents depend on others for self-worth and happiness, they want to be able to control them, indirectly or directly. Such controlling behaviors may include manipulation, lying, and people-pleasing in order to get the affection and validation they crave. Narcissists use a wide arsenal of emotional manipulation tactics in order to get what they want. They may also try to control their environments and feelings in addition to people.

Codependents and narcissists typically struggle with identifying and clearly stating their feelings. In particular, narcissistic individuals are generally critical and demanding, as well as inflexible and dogmatic in their opinions. Both parties might lack genuine respect for the other individual, which tends to cause a series of communication problems in the relationship.

Can A Narcissist Be Codependent?

As we have already illustrated, narcissism and codependency can often overlap. One wants to feel important, while the other wants to feel needed. But the core shared characteristic here is their dependence on others for validation. Narcissists, in particular, need others to feel powerful and admired- they need to get their “narcissistic supply”.

But can codependents be narcissistic? The answer to this question is a bit less clear-cut. In certain cases, the narcissist may use abusive tactics to manipulate their codependent partner into thinking they are, in fact, the narcissist, although that is far from being the truth.

However, codependents may also have narcissistic tendencies that stem from their childhood, which they may display on certain occasions. This may make it quite difficult for them to decide whether they are codependent, narcissistic, or both.

What Is A Codependent Narcissist?

Despite their outwardly displayed arrogance and exaggerated self-importance, narcissists have a deeply wounded, fragile core. They have strayed so far away from their real self that the only self-image they have is based on their ability to manipulate others into being dependent on them. But they, too, are highly dependent on others for their own self-worth. A narcissist with codependent traits has an insatiable need to feel respected, admired, or feared.

What Attachment Style Do Narcissists Have?

Our personalities are largely shaped by our earliest relationships. This is the case with narcissists, too. In fact, the attachment style the narcissistic individual tends to differ between two main types of narcissists – vulnerable and grandiose:

If you are in a codependent relationship and want to make a positive change in your life, remember that you are not alone. Leaving an addictive relationship is far from easy, and finding proper support is the best course of action you can take.

At PIVOT, we work with knowledgeable coaches to bring insightful relationship assistance for individuals and couples. Our expertly designed codependency workshops and retreats will give you the tools you need to make the right decisions for your emotional wellbeing. Reach out to us today!